agnès b. is a privately owned, family-operated French company, founded in 1975 that today includes 282 stores worldwide, two contemporary art galleries, a hybrid art periodical, le Point d'Ironie. In March 2009, JRP-Ringier published Collection agnès b., a 356-page art book that highlights more than 300 pieces of artwork from agnès b.'s personal art collection. agnès b. recently opened La Fab.in the 13th arrondissement of Paris as a new contemporary art location to present works from her collection, as well as the new home of the Galerie du Jour and the gallery's bookshop, Librairie du Jour.

October 2, 2018, New York, NY...agnès b. is pleased to present the solo exhibition "PRIZE" by Curtis Kulig on view from October 11 to November 25, 2018. The artist’s reception takes place on Thursday, October 11 from 6-8pm at the agnès b. Galerie Boutique in New York. This will be the first exhibition at the gallery with the New York-based artist who works primarily in painting, sculpture, drawing and photography.

This new exhibition features an installation that includes more than 30 drawings, ceramics, a large-scale painting, and a 8mm film in which Kulig has invited Aska Matsumiya to develop a soundscape. All of the work captures the nuanced movement of professional boxing. Like dancers, boxers exist in the physical moment—the body is their medium, and every gesture is an articulation of strategy. The end result is exhaustion, and Kulig’s poignant illustrations give the viewer a chance to linger quietly in suspended time. Through ink, pencil, paint and film, the artist honors and toys with the seriousness of boxing. It is only natural that these works—with their reverence for the human form—find a temporary home at the agnès b. Galerie Boutique.

In mid-October, a 96-page artist book will be published by Pacific on the occasion of the exhibition, with an introduction by Curtis Kulig, an essay by Karen Wong and a story by Max Blagg. A companion vinyl album has been curated by Kulig and collaborator DJ Stretch Armstrong and will be released concurrently.

about Kulig
Kulig is best known for his iconic “Love Me” campaign that became a public art sensation and propelled him into the spotlight. With its message of hope and optimism, the slogan took on a life of its own, resulting in worldwide recognition and numerous successful commercial partnerships for the artist. 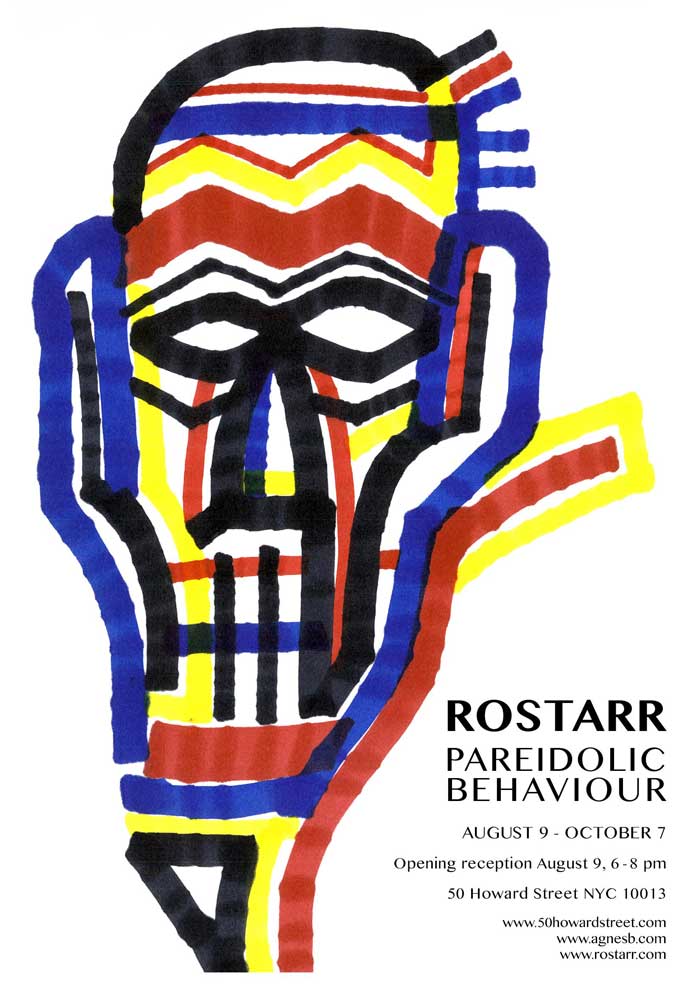 agnès b. is pleased to present Pareidolic Behaviour by Romon “Rostarr” Yang at the agnès b. Galerie Boutique in Soho, NY. The exhibition will include drawings taken from his sketchbook, neons created from drawings, and a mural painted especially for the occasion. This will be Rostarr’s first solo exhibition at the agnès b. Galerie Boutique and follows previous exhibitions and group shows with agnès b. in New York, Paris, and Tokyo.

Drawings in the exhibition date from 2000 – 2018. Each drawing is unique and abstract. In his drawings, Rostarr will use pen, marker, or pencil to create both imaginary and recognizable characters. The drawings can include colors of red, green, blue, or black against a white background or bold black lines. Some drawings are colored over with calligraphy-style drawings, or outlined in red, while others are left simple and clean.

The neon lights in the exhibition are taken from sketchbook drawings. One drawing is a simple outline of a man’s profile. The other drawing is of an imaginary mystic creature in red and white. In both drawings, the lines are simple, revealing curiosities. The mural in the show will be spontaneously drawn on a 15 foot wall maintaining the artist’s graffiti- and calligraphy-influenced freehand style.

agnès b. first met Rostarr in NYC in the early 2000s, where she recognized his unique style. In 2002, agnès b. offered an empty space on Greene Street to Rostarr, Lee Quinones and Jose Parla, for an exhibition titled Boomerang, which was their way of showing a city on the mend after the events that took place in September the year before. The show featured over-sized works from the three artists, works that were detailed, abstract, and graphic. It was their way to show that New York was bouncing back. The three works are now in agnès b.’s personal art collection.

About Rostarr
Romon ‘Rostarr’ Yang is a multidisciplinary artist in painting, abstract calligraphy, large scale murals and experimental filmmaking. Born in South Korea in 1971, at the age of one, his family immigrated to Washington D.C. and in 1989 he moved to New York City to attend the School of Visual Arts, where he majored in graphic design and printmaking. Always creating in a spontaneous manner, he is continually striving to find freedom within style, medium and form, and building upon the iconographic visual language he terms ‘Graphysics,’ a word that exemplifies the geometric dynamism characteristic in his work. Rostarr is also a founding member of the art collective Barnstormers, established in 1999 by David Ellis and comprised of more than 30 artists from NYC & Tokyo. Rostarr lives and works in New York City. 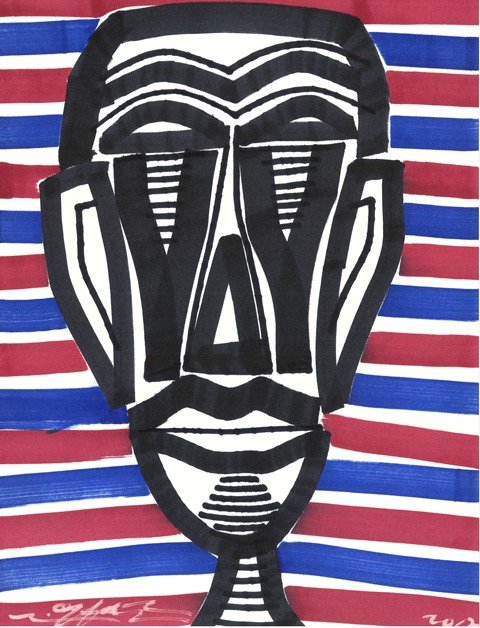 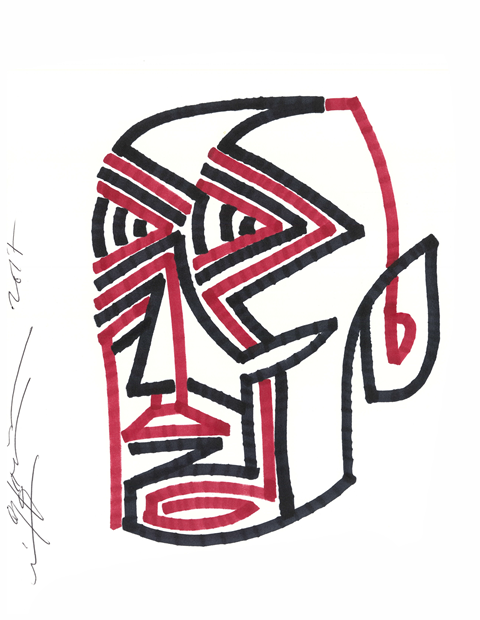 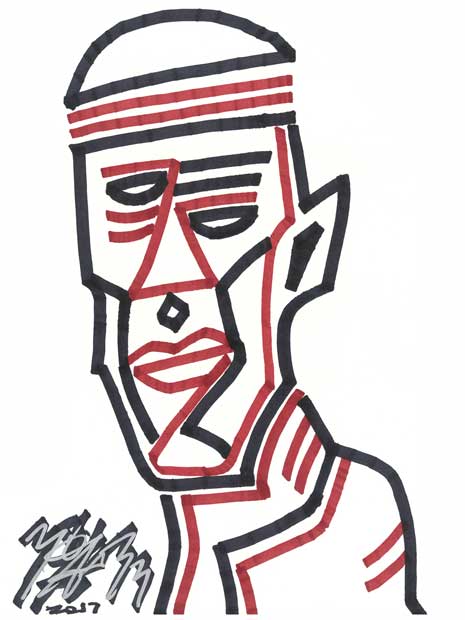