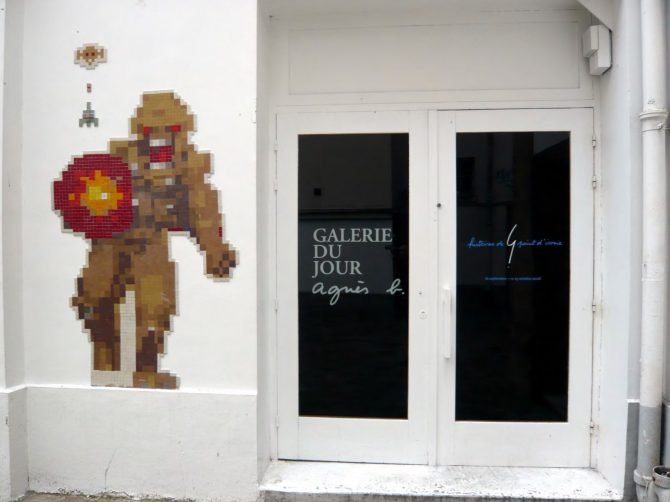 agnès b. opened Galerie du Jour, her contemporary art gallery, on rue du Jour in 1984. In 1998, the gallery moved to a bigger space on rue Quincampoix near the Pompidou Centre and kept the name Galerie du Jour. A new location will open in Paris in the fall of 2019 in the 13th arrondissement within the agnès b. Foundation. Stay tuned for details! “I wanted to create a gallery to be able to show what I love. It is called a gallery but one could say a place to show the various faces of things. I would also like to imagine new ways of circulating images, and give everyone access to it.” – agnès b. 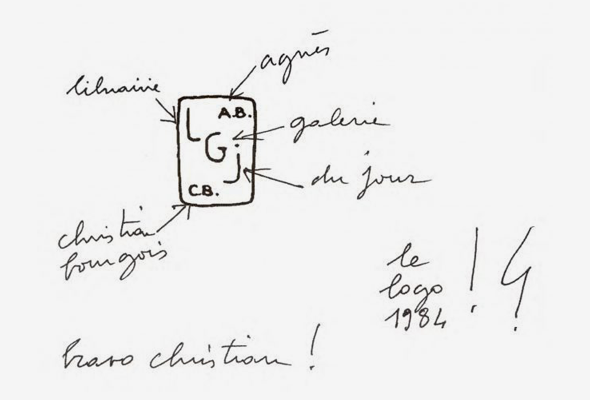 The first Galerie du Jour opened in 1984 on rue du Jour next to Saint Eustache church and today the location is an agnès b. women’s shop. The gallery moved to rue Quincampoix, to the historic address of the Jean Fournier gallery, where agnès b. worked part-time on the artworks inventory when she was 17 years old. Photography and graffiti are both strong commitments of the gallery since its opening.

With about ten exhibitions per year...

With about ten exhibitions per year, the agnès b. Galerie du Jour has presented painters, mixed media artists, and photographers, including Martine Barrat, Katsuhiko Hibino, Loulou Picasso, Roman Cieslewicz, Nan Goldin and Claude Lévêque. agnès b. also resolutely made a commitment following in the footsteps of the exhibition-manifesto of the Georges Pompidou Centre from 1989 The Magicians of the Earth, who took contemporary art borders outside of the European and North American continents. She regularly presents African and Oriental artists such as Frédéric Bruly Bouabré, Acharay Vyakul or Seydou Keïta. 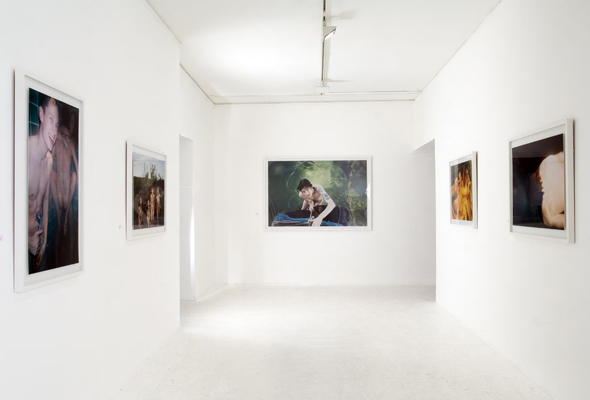 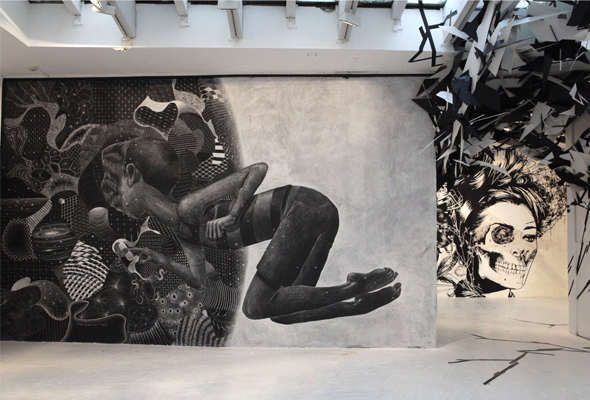 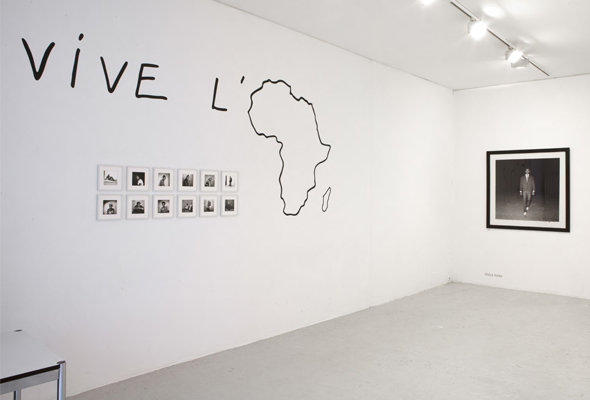 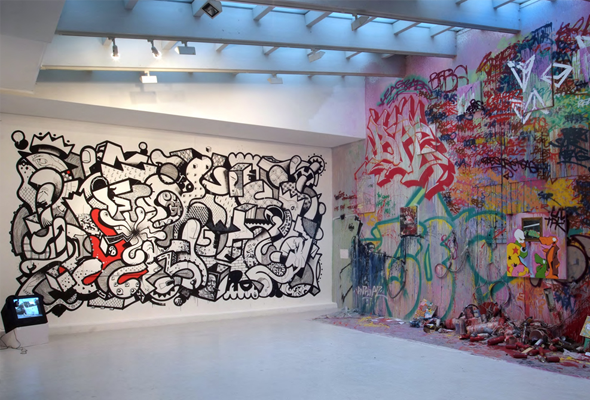 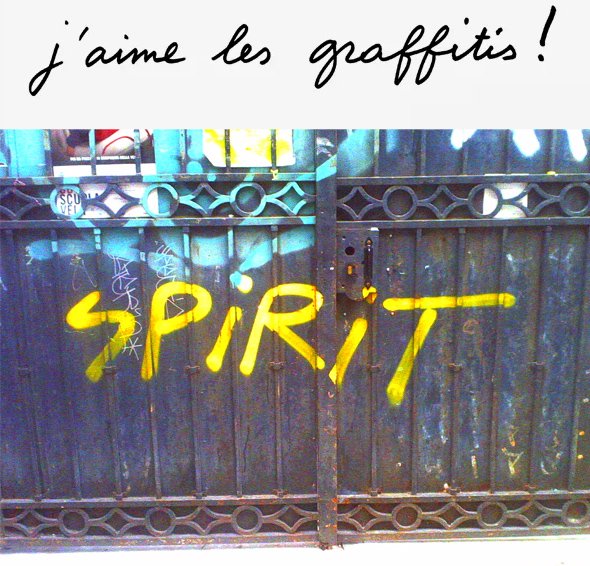 Ever since she opened the Galerie du Jour in 1984, she has regularly organized exhibitions and performances, like the ones by the Frères Ripoulin in 1984, Futura 2000 in 1989, and a group show in 2001 featuring 18 graffiti artists from a variety of different backgrounds. As a collector, she also concentrates on artworks by graffiti artists.

“I’ve always liked graffiti, like those I saw on the tree trunks in the Marly forest or carved into the stones in the quarry of Les Baux. In New York in the late 70s and early 80s, I became obsessed by the graffiti that covered the city and the subway. I had not yet met Jean Michel Basquiat, but I remember seeing his tag SAMO written in the street. At around that time, I came across The Faith of Graffiti, the excellent book on graffiti with a preface written by Norman Mailer. It’s a fine piece of writing, and important too! When I opened my gallery in 1984, I wanted to show what street art was for me: work by the Ripoulins (Piro Kao, 3carrés, Ox, Manhu, Nina Childress, Closky and Bla+Bla+Bla), which they would stick onto the big advertising panels in the Paris Metro at the time. In the gallery, I like exhibiting what strikes me in what happens “outside,” and drawing attention to what I find important in this surreptitious, determined expression. Futura 2000 has made the spray can respectable! He’s a virtuoso who can make a perfect circle with the tip of his forefinger…” 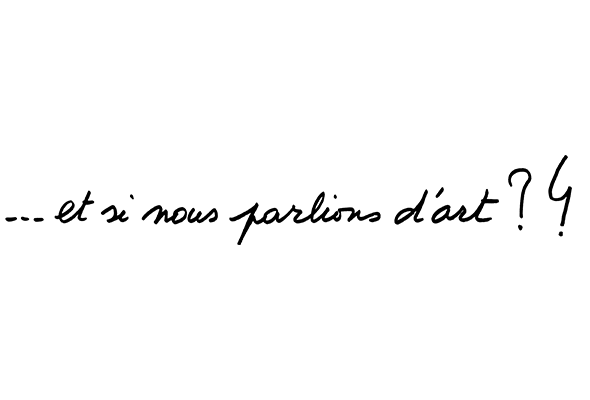 In keeping with this idea of dialogue and confrontation, in 1999, agnès b. created in 1999 a series of group show exhibitions titled, Elective Affinities, the principle of which is to offer to every artist the possibility of choosing in turn a guest, therefore creating a chain of cross encounters.
Alternating with photography exhibitions, the Galerie du Jour exhibits group shows with internationally known and emerging artists, which allows different mediums and voices to be presented.
As early as 1985, agnès b. invited photographers to work on a given theme, an idea later used by Le Mois de la Photo in Paris. One of the exhibitions created by agnès b. on this principle, “Photographers and the snap cardigan,” was exhibited at the Georges Pompidou Centre in 1996.

The galerie is moving

A big closing party of the galerie du jour took place on saturday, january 27, 2018, with paintings by kraken, jonone, jonas mekas reading his anti-100 years of cinema manifesto, a visit from filmmaker agnès varda, and more! the galerie du jour closed its doors on rue quincampoix and will reopen in the fall of 2019 within the agnès b. foundation… stay tuned! 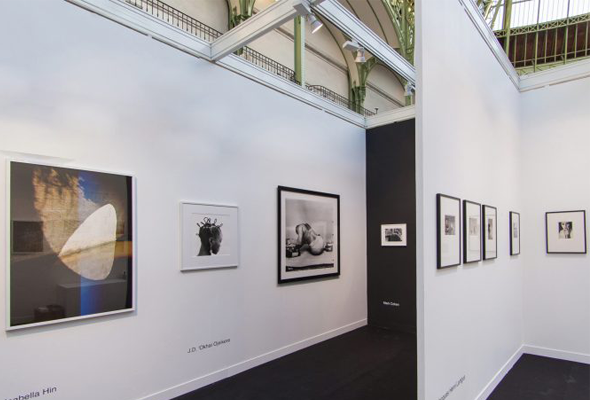 The Galerie du Jour agnès b. also participates in contemporary art and photography fairs across the world. 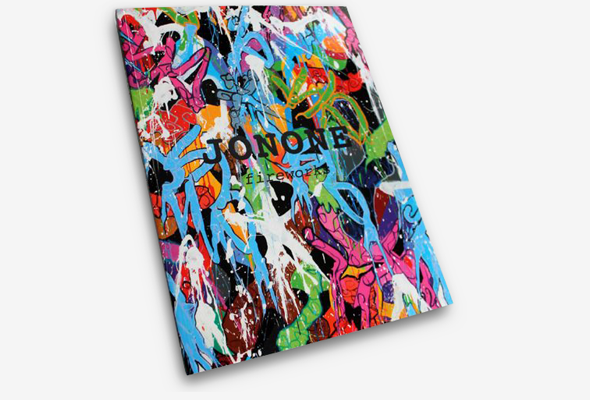 Opened in September, 2001, the agnès b. bookshop is the natural continuation of the Galerie du Jour which over the years and exhibitions developed an important activity of publication: exhibition catalogs, co-editions, posters, artists’ postcards and zines.